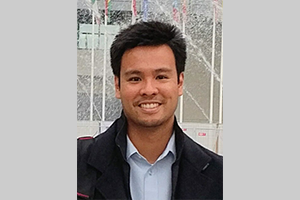 Abstract: Collisional-radiative processes play a significant role across a variety of plasma systems due to microscopic energy transfer mechanisms that can influence global plasma parameters. Sufficiently resolved simulations of forthcoming plasma physics ventures that traverse a wide range of plasma conditions, such as high-power plasma thruster concepts and various fusion developments, would need to consider the contribution from collisional-radiative processes. Although the pursuit of high-fidelity plasma physics simulations can benefit from the coupling of collisional-radiative models, the execution of such large-scale simulations can be difficult to achieve due to the immensity of atomic levels and transitions that must be accounted. Several methodologies were developed to tackle theses computational challenges. Complexity-reduction techniques including the novel Boltzmann grouping method were applied to reduce and simplify the collisional-radiative system of equations, while minimizing accuracy losses in the atomic state distribution. The reduced-order model was further improved by implementing the spectral clustering technique to the Boltzmann grouping procedure. An overview of multifluid rate coefficients will also be provided to convey their importance for multifluid plasma simulations. The results for the complexity-reduced model as well as the multifluid rate coefficient simulations will be shown under detailed-level-accounting and complexity-reduced configurations, highlighting the accuracy retention of the reduced-order model.

Biosketch: Richard Abrantes is currently a National Research Council (NRC) Postdoctoral Researcher for the In-Space Propulsion branch at the Air Force Research Laboratory located at Edwards Air Force Base. Over the past several years he has developed numerical simulation capabilities relevant to plasma propulsion devices. His collisional-radiative/atomic physics model, ACRE, was developed through his graduate studies, having contributed spectra for various high-energy density physics (HEDP) experiments through multiple NLTE workshops. Other research interests include exploring and implementing reactive multiphysics plasma simulations and applying machine learning algorithms for reduced-order models. Prior to Richard’s postdoctoral tenure, he obtained his Ph.D. in Aerospace Engineering at UCLA in 2018.