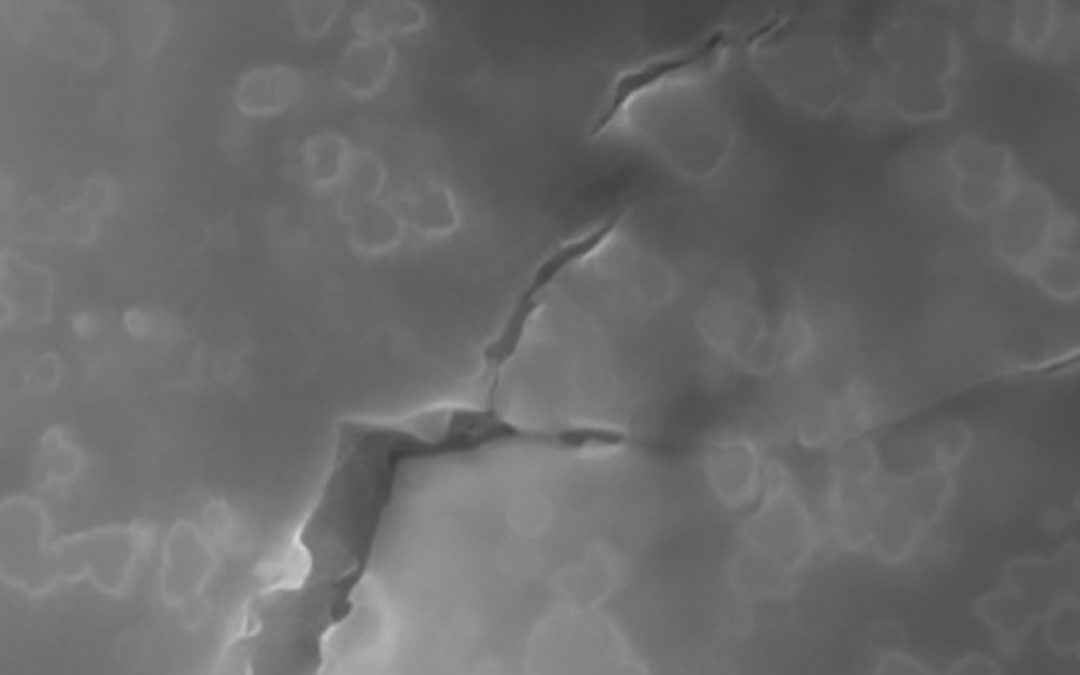 Process could be useful for applications in manufacturing and architecture

UCLA mechanical engineers and materials scientists have developed a process that uses nanoparticles to strengthen the atomic structure of glass. The result is a product that’s at least five times tougher than any glass currently available.

The process could yield glass that’s useful for industrial applications — in engine components and tools that can withstand high temperatures, for instance — as well as for doors, tables and other architectural and design elements.

The study was published online in the journal Advanced Materials and will be included in a future print edition. The authors wrote that same approach could also be used for manufacturing tougher ceramics that could be used, for example, in spacecraft components that are better able to withstand extreme heat.

In materials science, “toughness” measures how much energy a material can absorb — and how much it can deform — without fracturing. While glass and ceramics can be reinforced using external treatments, like chemical coatings, those approaches don’t change the fact that the materials themselves are brittle.

To solve that issue, the UCLA researchers took a cue from the atomic structure of metals, which can take a pounding and not break.

“The chemical bonds that hold glass and ceramics together are pretty rigid, while the bonds in metals allow some flexibility,” said Xiaochun Li, the Raytheon Professor of Manufacturing at the UCLA Samueli School of Engineering, and the study’s principal investigator. “In glass and ceramics, when the impact is strong enough, a fracture will propagate quickly through the material in a mostly straight path.

“When something impacts a metal, its more deformable chemical bonds act as shock absorbers and its atoms move around while still holding the structure together.”

The researchers hypothesized that by infusing glass with nanoparticles of silicon carbide, a metal, the resulting material would be able to absorb more energy before it would fail. They added the nanoparticles into molten glass at 3,000 degrees Fahrenheit, which helped ensure that the nanoparticles were evenly dispersed.

Once the material solidified, the embedded nanoparticles could act as roadblocks to potential fractures. When a fracture does occur, the tiny particles force it to branch out into tiny networks, instead of allowing it to take a straight path. That branching out enables the glass to absorb significantly more energy from a fracture before it causes significant damage.

Sintering, in which a powder is heated under pressure, and then cooled, is the main method used to make glass. It also was the method used in previous experiments by other research groups to disperse nanoparticles in glass or ceramics. But in those experiments, the nanoparticles weren’t spread evenly, and the resulting material had uneven toughness.

The glass blocks that the UCLA team developed for the experiment were somewhat milky, rather than clear, but Li said the process could be adapted to create clear glass.

The other authors of the study are Qiang-Guo Jiang, a visiting scholar in Li’s SciFacturing Laboratory; Chezheng Cao and Ting-Chiang Li, who received their doctorates from UCLA in 2018; and Shanghua Wu, an engineering professor at Guangdong University of Technology, China.