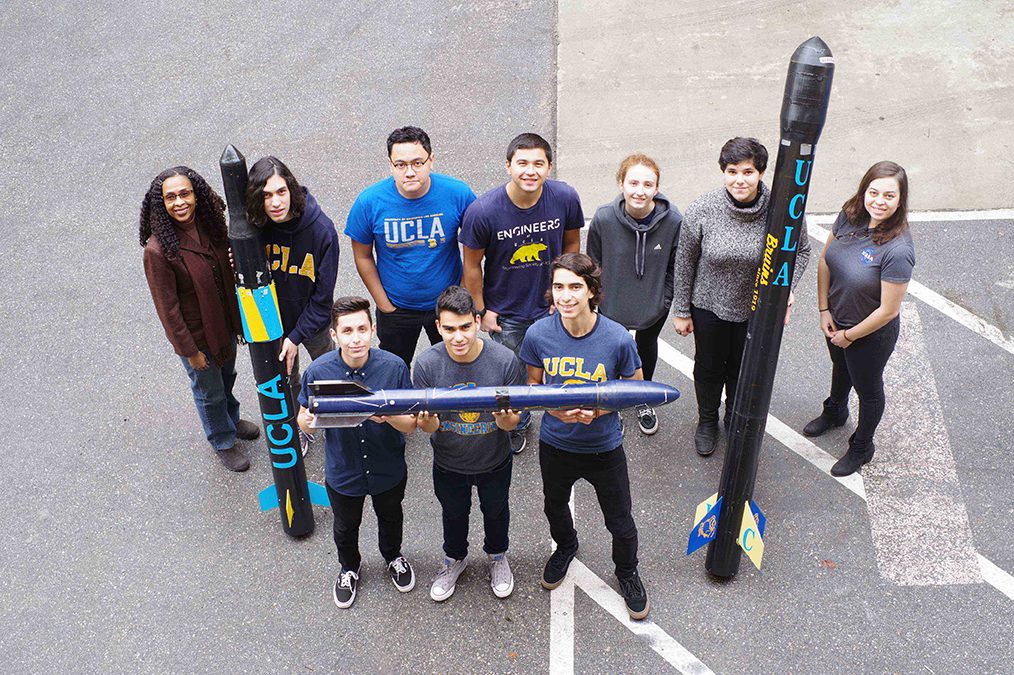 Bearospace will receive a cash prize of $3,000 and a VIP tour of the Kennedy Space Center, in July.

The Bearospace Co-Leaders for this year’s competition are Lucia Gonzalez, and Ryan Rio, both Aerospace Engineering majors here at UCLA. Lucia is also an alumna of the WE@UCLA Leadership Academy, as well as the WE@UCLA Aerospace Academy.

Audrey Pool O’Neal Ph.D., Director of UCLA Women in Engineering, has served as faculty advisor to the UCLA AISES Rocket Team since 2014.

For background on the competition, please read the following from the First Nations Launch website:

The First Nations Launch competition offers Tribal Colleges and Universities, in addition to American Indian Science and Engineering Society (AISES) chapter students, the opportunity to demonstrate engineering and design skills through direct application in high-powered rocketry. The competition requires teams of undergraduate students to conceive, design, fabricate, and compete with high-powered rockets. The restrictions on rocket motors and dimensions are limited so that knowledge, creativity, and imagination of the students are challenged. The end result is a unique aerospace experience for students that provides a great aerospace experience unique to Native American communities.

Rocket Design Objectives: The objective of the Wisconsin Space Grant Consortium (WSGC) 2019 First Nations Launch AISES Challenge was: To design and construct a micro-controller system installed in a high-power rocket that can capture crucial data during flight.

The rocket had to exceed 3500 feet and could go no higher than 5000 feet (max) above ground level (AGL) using one 54mm Aerotech J450 DM disposable motor. Motors will be provided by WSGC.

Teams that came closest to their predicted apogee based on their prediction stated on the final report gained points for the flight performance portion of the competition. Teams were also required to use the motor ejection charge feature, including altimeter(s) for a safe recovery.