Rajit Gadh: Smart grids could be the route to a truly renewable energy system (The New Economy interview) 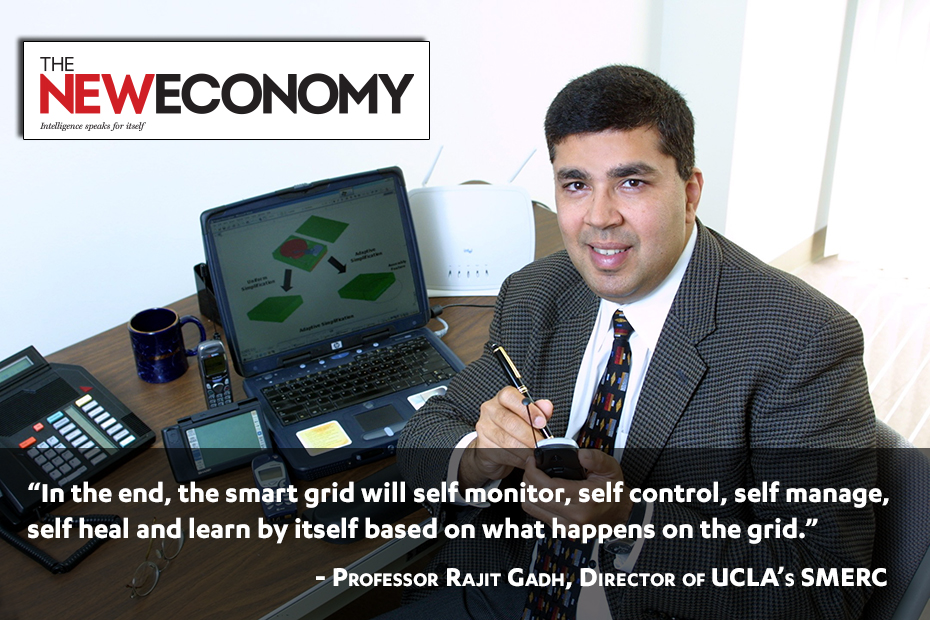 UCLA MAE Professor and SMERC Director Rajit Gadh was interviewed by The New Economy in the recent article “Smart grids could be the route to a truly renewable energy system“. Gadh discussed the role of data in making smart grids more efficient.

Excerpted and edited from the article:

“In the end, the smart grid will self monitor, self control, self manage, self heal and learn by itself based on what happens on the grid”, said Professor Rajit Gadh, Director of UCLA’s Smart Grid Energy Research Center (SMERC). It may sound like the stuff of science fiction, but the deployment of smart grid technologies is already making an impact on the grid, and will have significant ramifications for the electricity market in the future. Without it, our transition to a green economy will be impossible.

SMERC is now developing mobile apps that will allow consumers to automatically schedule their appliances to be used during off peak periods. Gadh added: “I see the mobile app as an excellent conduit to study and understand consumer behavior, and [we can] use the app to provide incentives.”

The large-scale roll out of household smart meters in places such as California, Italy and Germany points towards a future of sophisticated and localized demand response technologies, which Gadh suggested could lead to a radical devolution of power away from larger utility companies.

“With an app, the consumer could also turn off their rooftop solar panel or an electric car charging station, and that is completely different from a grid operator having complete control”, Gadh said. “The consumer in California and in several places around the world is becoming educated about energy resources, and is driving the policy. They are saying ‘I want control’.”