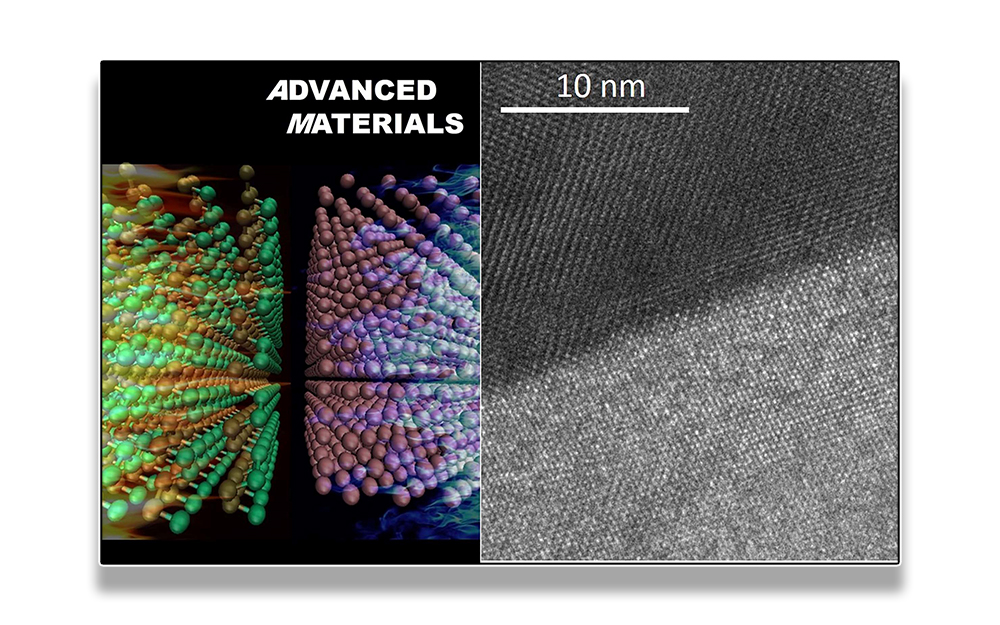 Smaller electronic components offer us more power in our pockets. But thinner and thinner components pose engineering problems. Anisotropic materials—those with properties that vary in direction—hold promise for being unusually versatile. Still, their properties, particularly as they become “two dimensional,” or ultra-thin, are not well understood. Using a combination of experiments and atomistic calculations, Professor Yongjie Hu’s group observed a highly anisotropic thermal boundary resistance and showed that interfacial heat transfer across 2D materials can be understood in terms of the intrinsic materials and phonon band structures, providing insight for future device design and applications.

Why It’s Important: A modern smartphone has more power than the machines deployed at the early-stage supercomputing centers in the 1980s. In a lot of ways, our economy revolves around that trend of making computers smaller, faster and more flexible. But there’s a cloud on the horizon. As we make circuits ever smaller, we encounter the strange rules of the quantum realm, where the simple laws of electromagnetism that govern traditional computers break down. For example, simply getting rid of the waste heat generated in electronics becomes more challenging as devices get thinner and thinner. In particular, the properties of the connections between materials—the junctions—start to become ever-more critical.

Professor Yongjie Hu, who leads a team of engineers at the UCLA Samueli School of Engineering, wanted to understand heat transfer between aluminum and a prototype 2D material called black phosphorous. This material is special because it is highly anisotropic. In other words, its properties vary depending on which direction they’re measured in its crystals. Such a material could have very different roles in super-miniaturized materials just by placing it in different orientations with other materials.

Thermal management is a critical bottleneck for the advancement of modern electronics, where a major challenge is the poor interfacial thermal transport between materials junctions. Reducing the thermal boundary resistance, or TBR, could significantly improve heat dissipation from hot spots and lead to revolutionary advances in high-performance electronics. However, so far, a fundamental understanding of TBR remains elusive and lags far behind that of continuous heat conduction regime.

“We are glad to make contribution here to better developing TBR-structure relationships through the combination of experiments and atomistic theory.” said Prof Yongjie Hu.

Hu and his students took a close look at the black phosphorous-aluminum junction in two ways. They did a series of lab experiments in which they measured the resistance to heat transfer—called thermal boundary resistance, or TBR—when the black phosphorous was oriented in different directions. They also turned to detailed simulation of the materials using supercomputing clusters.

In the lab experiments, black phosphorous showed some remarkable properties. The scientists knew from previous research that the material has a very different chemical structure in different directions. It consists of sheets of the material, with the sheets themselves held together by strong chemical bonds and connected to each other through much weaker forces. Because of the weak interaction between the sheets, heat doesn’t move between them nearly as well as it does within them.

As the material gets thinner, the properties within the black phosphorous crystal become less important to the transfer of heat. But the anisotropy that is no longer important within the crystal still has a strong effect on the junction with aluminum. When the scientists oriented the black phosphorous so the heat had to travel in the direction that crossed the sheets, the TBR was 241 percent and 327 percent as high as it was in the two directions within the sheets. This set a record for measured TBR anisotropy in a material.

Better, the TBR predictions of the “ab initio” calculations showed excellent agreement with the lab results. This raised their confidence that they understood why the material was acting this way and how it would perform in future electronic devices.

“Our lab has been devoted to tackling the most challenging technology issues by developing advanced measurement techniques and ab-initio calculation frameworks,” said MAE graduate student Man Li from Prof Hu’s lab, “This is another perfect example to demonstrate that our approach is powerful to provide deep fundamental understandings and application insights.”

Black phosphorous could be an unusually versatile component in ultra-thin devices. By orienting the material in one direction, engineers can help the device shed heat quickly and avoid over-heating. By orienting in another direction, they can create a junction that maintains heat, which can help researchers develop better thermal isolation or insulation methods. Better, the combination of lab experiments and Bridges simulations made the scientists confident that the material’s performance—and that of other anisotropic materials—will be predictable enough for engineering application.

Hu adds that black phosphorus served as a proof-of-concept substance in the current study, but the improved understanding of anisotropic interface energy transport and TBR-structure relationship is generic. The results, then, will be applicable to problems involving different materials and different types of energy transfer.

The authors reported their results in the journal Advanced Materials.

Part of this news is adapted from a highlight by The Extreme Science and Engineering Discovery Environment supported by the National Science Foundation.