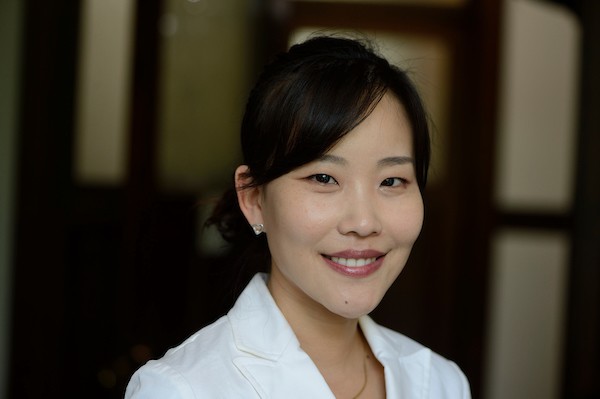 The award, launched in June 2017, supports women at significant points in their research careers in the disciplines of Science, Technology, Engineering, Math, Manufacturing and Design (STEM2D). Each researcher will receive up to $150,000 in funding and three years of mentorship from Johnson & Johnson leaders as well as members of the Award’s Advisory Board.

“The six women honored as recipients of the 2018 Johnson & Johnson WiSTEM2D Scholar Award represent the caliber of talent that we believe is essential to global innovation today and in future. The Award program, and its distinguished Advisory Board, are part of our company’s commitment to help increase the participation of women in STEM2D fields worldwide,” said Kathy Wengel, Worldwide Vice President and Chief Supply Chain Officer, Johnson & Johnson Supply Chain and WiSTEM2D Program Executive Sponsor.

From more than 500 applicant submissions from women at universities and research facilities across the globe, Hur was selected as the inaugural WiSTEM2D Scholar in the technology discipline. The award will support her project, “Development of a Microfluidic Electroporator for Genomic Engineering.”

Hur studies how complex hydrodynamic forces can impact or regulate the function of single-cells. She also examines how a cell’s physical characteristics might leverage such fluid dynamics to enrich specific cell populations. Using this research, Hur has developed instruments to facilitate simple and cost effective biological assays, with applications in oncology, immunology, gene therapy and regenerative medicine.

“I am grateful to be an inaugural recipient of the Johnson & Johnson Women in STEM2D Award, which helps provide much needed support and encouragement for women, such as myself, in historically male-dominated fields of math, science and engineering. This support will not only help produce exciting new research and discoveries but also bring about a brighter future for current and future women in STEM2D,” said Hur.

Hur received her B.S. in mechanical and aerospace engineering, and M.S. and Ph.D. in mechanical engineering, from UCLA. She then joined the Rowland Institute at Harvard University as one of two Rowland Fellows, later joining the UCLA Department of Bioengineering as an assistant researcher and managing clinical studies funded by Vortex Biosciences, Inc.