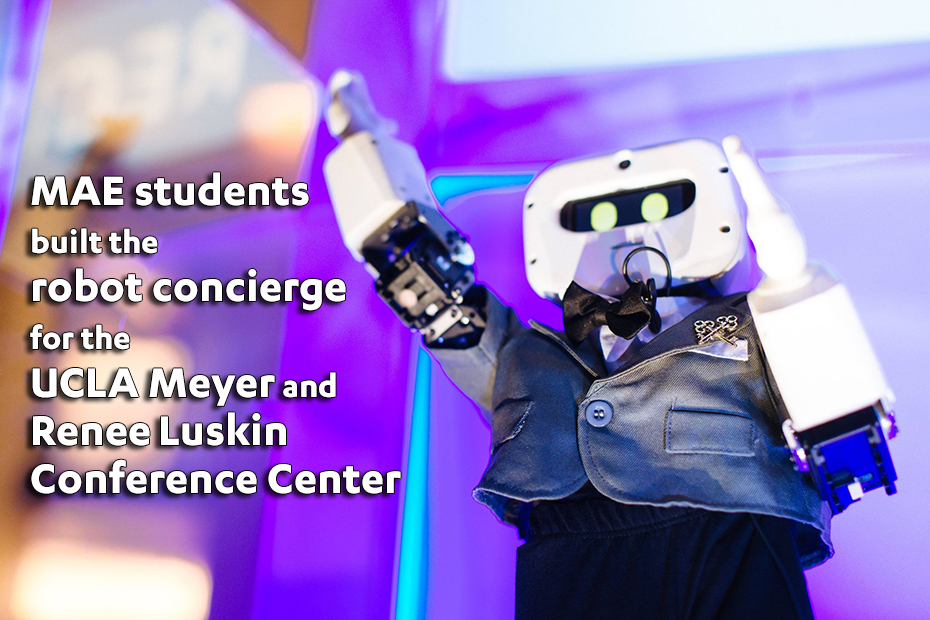 LARA — “Luskin Automated Robotic Assistant” — will be able to greet guests and answer questions about the campus and the conference center.
(Jennifer Young/UCLA)

The robot is at your service

Internationally renowned UCLA professor of engineering Dennis Hong gets excited about robots — downright giddy at times. He’s instilled that excitement, along with a palpable sense of creative promise in the students with whom he works most closely, through RoMeLa, the Robotics and Mechanisms Laboratory Hong founded that is now housed in the mechanical and aerospace engineering department at UCLA.

“Ultimately we really believe we are developing technology that will be able to help humanity and help save the Earth — that is what drives us,” he said.

Starting Dec. 1, visitors to the UCLA Meyer and Renee Luskin Conference Center will get to experience some of their handiwork by interacting with Los Angeles’ first-ever robot concierge, called LARA, which will be a permanent fixture at the conference center. Hong and his students unveiled LARA at a FuturizeX event on Nov. 9.

LARA — “Luskin Automated Robotic Assistant” — was custom built by Hong’s students, one of whom also provided the voice for the two-foot-tall humanoid robot. LARA can via an iPad interface greet Luskin guests and respond to about 30 different prompts to answer questions about the campus and facility. LARA can even do an 8-clap.

LARA is based on the DARWIN (Dynamic Anthropomorphic Robot with Intelligence) humanoid robot — also developed by Hong — a version of which has become a popular open source robot for research and education (and also a product). Like DARWIN, LARA features an open-platform programming technology and Hong said he is eager for other researchers to connect with LARA, helping it evolve further into its role as an ambassador of the conference center and of the robotics program at UCLA. They’ll also be collecting data through LARA’s interactions with guests that will lead to more-advanced functionality.

Hong emphasized that LARA is a platform to showcase the research work of other researchers and that his team invites other robotics researchers at UCLA to use the robot to conduct experiments, implement new algorithms on it, such as robot vision, voice recognition or artificial intelligence.

Hong praised his students who worked on LARA, calling out their dedication, passion and willingness to forgo sleep as they designed and built the robot from scratch.

Hong’s research focuses on robot locomotion and manipulation, autonomous vehicles and humanoid robots. He is the inventor of a number of novel robots and mechanisms, including the “whole skin locomotion” for mobile robots inspired by how amoeba move, a unique three-legged waking robot STriDER, an air-powered robotic hand RAPHaEL, and the world’s first car that can be driven by the blind.

Hong is spending mid-November in Cancun, Mexico at the International Conference on Humanoid Robots, where he will unveil two new prototypes. He’s especially excited by the opportunities for robots to assist humans with disabilities, or work in disaster-relief situations. 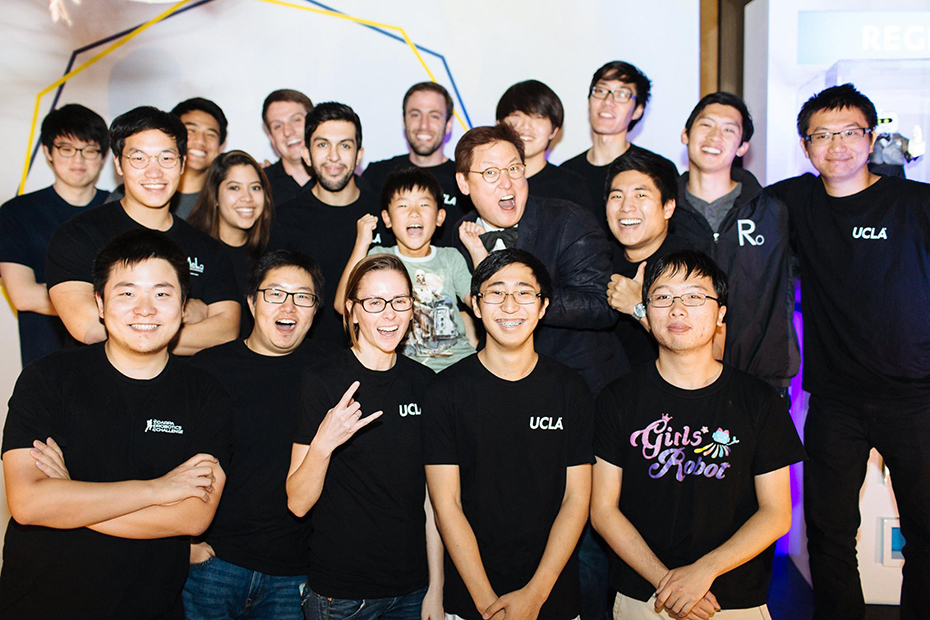 He and his students also focus on what he calls the “3 Ds” when thinking of where robotics might be best deployed in society — the “dull, dirty or dangerous” jobs that humans need help with.

Of course, Hong said, recalling his childhood thrill of witnessing humanoid robots like C3PO and R2D2 in the movies: “humanoid robots have a long long way to go.”

“Sci-fi movies raise somewhat unrealistic expectations, but inspire us as well,” he said.

Hong says, as he and his students forge ahead in robotics, they will focus on fundamentals and how form will follow function. Some robots, to do the jobs we want them to do, don’t need to be humanoid in shape or function, he said. Though, Hong admitted jokingly, he dreams of a future robot “butler” in homes.

UCLA’s contributions to the engineering and robotics fields are set to grow exponentially, said Jayathi Murthy, dean of the UCLA Henry Samueli School of Engineering and Applied Science, noting plans to add 50 new faculty members and up to 1,000 new students over the next year. The school not only has critical research goals but those of diversity, equity and inclusion, she said, with continued plans to harness the unique vitality of Los Angeles as a global city with deep ties to the Pacific Rim and Latin America. 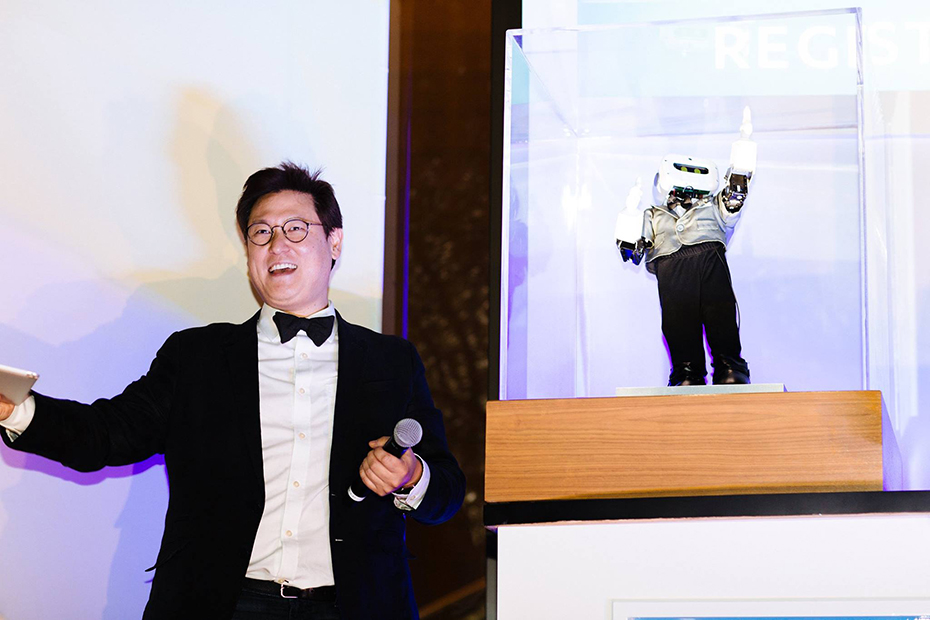