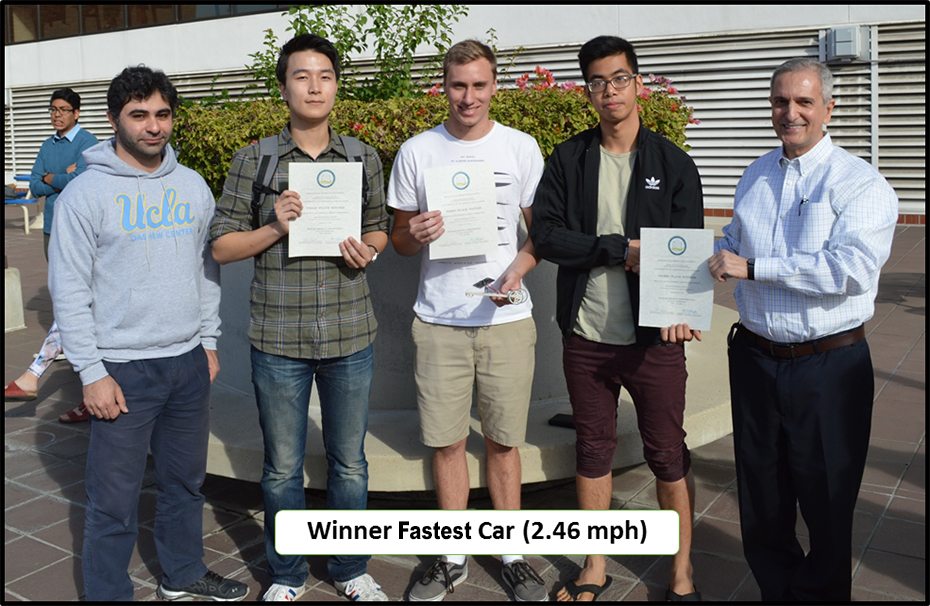 The Mechanical Engineering Computer-Aided Design course at UCLA, is a hands-on CAD and product design and realization course. The course consists of 2 hours of lecture plus 4 hours of laboratory each week. Students learn the fundamentals of computer graphics and two- and three-dimensional modeling on computer-aided design and drafting systems to design, model, and display various objects. During lectures students learn the fundamentals of computer graphics with an emphasis on detailed engineering drawings, such as dimensioning, tolerancing, sectioning, and assembly drawings all based on ANSI and ASME Standards.  In laboratory sessions, students apply these fundamentals by performing hands-on exercises and tutorials using commercial CAD software, such as SolidWorks. Engineering software change quickly and dramatically from year to year. In order for students to stay current with the latest software features and capabilities, we also employ on-line educational services such as SolidProfessor™, which offers up-to-date self-paced tutorials and video lessons, which cover fundamentals, provide hands-on exercises, and self-tests.

Aside from individual lecture and laboratory assignments, the MAE94 CAD course also includes a hands-on project, which consists of designing and realizing a CAD-based rapid prototyping project. The Fall 2016 MAE94 course was taught by Prof. Robert Shaefer with the assistance of Mr. Behnam Khaki (TA) and Ms. Junjun Feng (TA). This year we had 17 teams and the project was to develop a solar panel powered model car, weighing no more than 150 g with maximum dimensions of 10 cm x 10 cm x 20 cm. Teams were supplied with a 3V solar panel (2”x2“), a small motor, and two metal axles (2 mm x 70 mm).  All other necessary parts of the car had to be 3D printed using ABS plastic. Students applied what they learned in lectures and the laboratory session to design, modeling, analyze (FEM), and 3D print their model car. At the end of the quarter teams showcased their devices and competed for best performance.

All 17 teams successfully demonstrated their devices Monday, Nov 28th 2016 and they competed for the fasted run time. The top three winners were awarded with extra credit towards their final grade. Team-8, Luke Allee, Hanwul Lee, and Hung Wengson was this year’s winner with the fastest car. They were clocked at 2.46 mph.  Team-16, Wensong Huang, Mengyuan Chen, and Patrick Kim had the second fastest time (2.41 mph) and Team-1, Laura Nelson, Nick Shore, and Scott Shelton had the third fasted car. At the end of the competition the top three teams asked to race each other, which was won by Team-16.  Attached are a pictures of the finished projects, pictures taken during the competition, and the award ceremony. 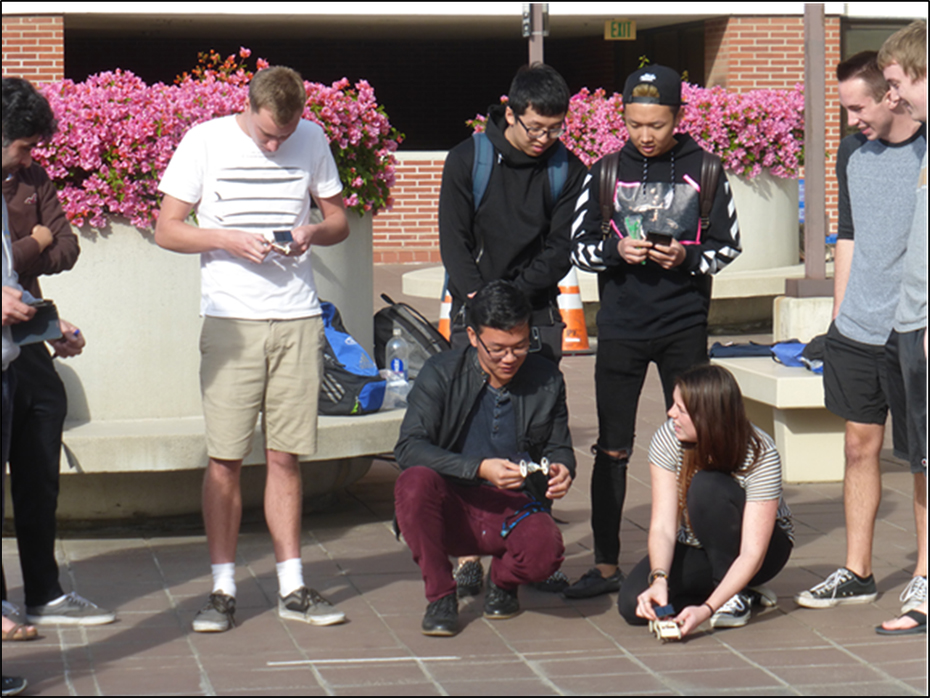 The three fasted teams are getting ready for a neck-to-neck race.

The race among the three fastest cars. 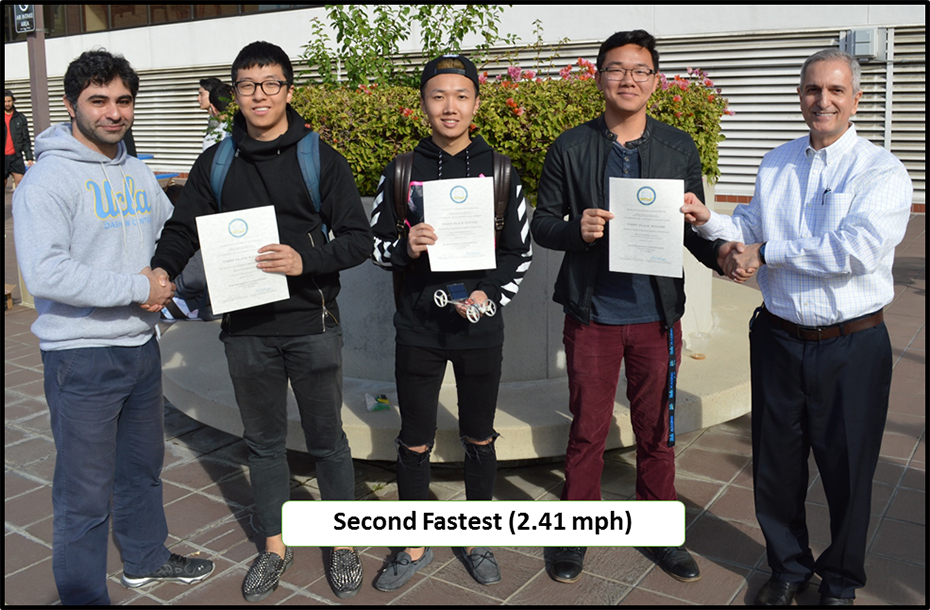 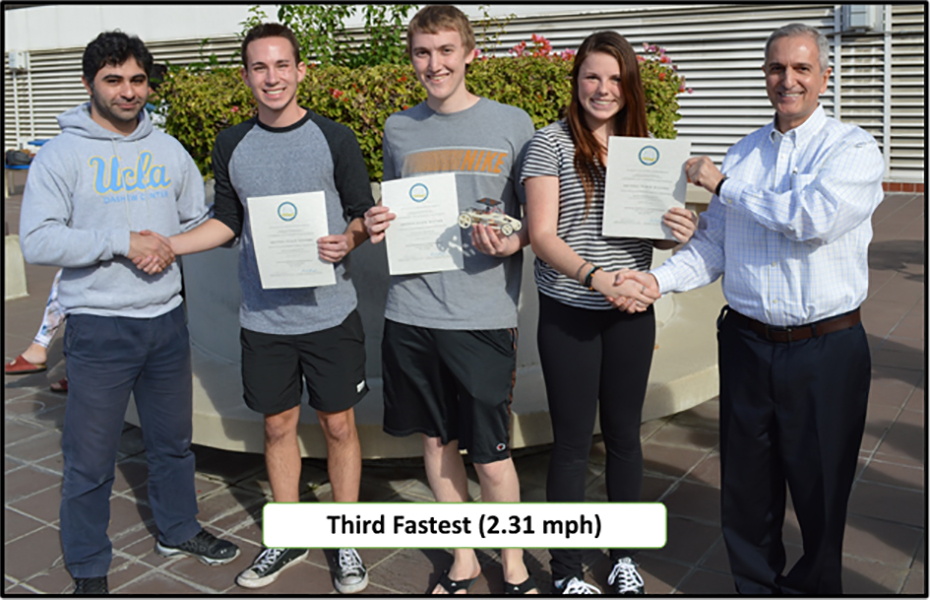