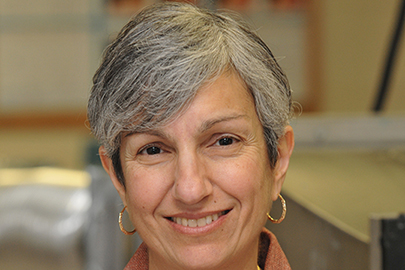 UCLA MAE Professor Ann Karagozian was quoted in the July 14, 2017 Los Angeles Times article “A new generation of giant rockets is about to blast off“:

The first-stage booster of ULA’s proposed Vulcan rocket, for example, could be powered by BE-4 engines under development by Blue Origin that run on oxygen-rich staged combustion of liquefied natural gas and liquid oxygen. Those engines will also be used in Blue Origin’s own New Glenn heavy-lift rocket.

Liquefied natural gas, or methane, is cleaner than kerosene, a more conventional rocket fuel. That means it’s less likely to clog up fuel lines in the engine and makes it easier to purge and use again, said Ann Karagozian, a UCLA professor of mechanical and aerospace engineering.

Methane also self-pressurizes, which could eliminate the need for a separate tank pressurization system.

“It would be quite new and novel and different to use methane,” Karagozian said. “But … it hasn’t been used to any significant degree in this country at all,” so there’s no infrastructure in place at launch facilities.