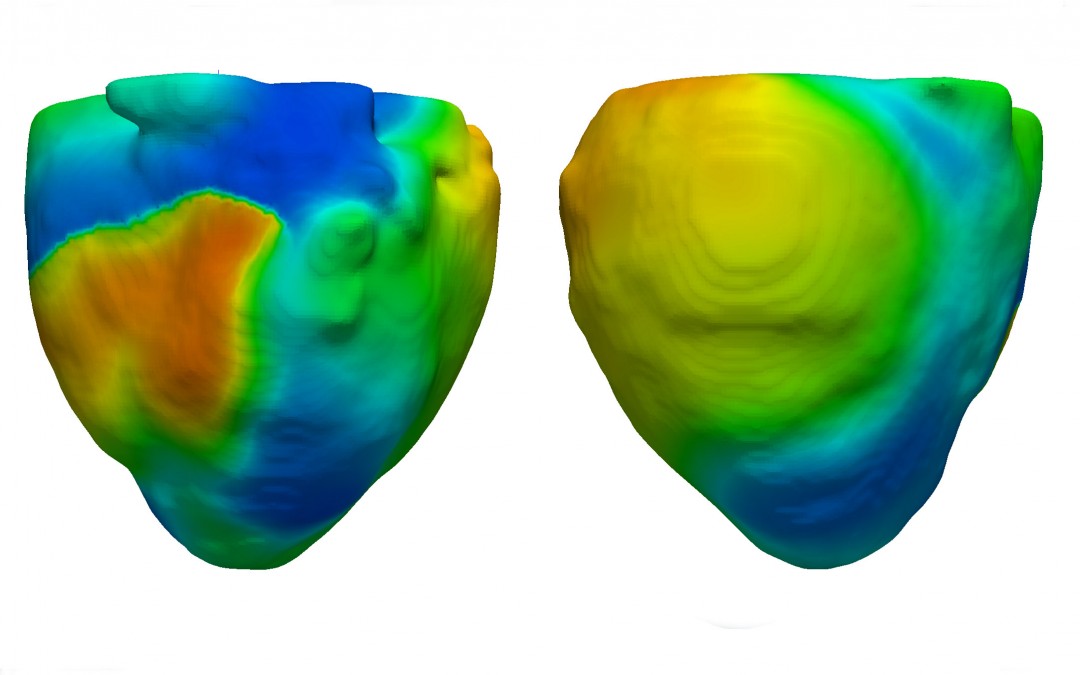 Developed by UCLA team that included William Klug, the simulation shows the electrophysiology of heart failure

A team of UCLA doctors, scientists and engineers have created a detailed computer model that shows how the heart’s electrical signals are affected by congestive heart failure. The “virtual heart” will help medical researchers study new drug therapies that could treat heart failure.

The model can simulate tiny, subtle changes in the heart’s cells and tissues as well as the larger impact on the entire heart — the changes are then shown in a corresponding electrocardiogram, or ECG, a tool commonly used to diagnose heart abnormalities.

The research was published June 23 in PLOS Computational Biology.

One of the senior authors of the paper was William Klug, a UCLA mechanical and aerospace engineering professor who was killed by a gunman in his office on June 1.

“Bill led the ‘virtual heart’ project,” said study’s principal investigator Alan Garfinkel, who holds faculty appointments in integrative biology and physiology in the UCLA College and in medicine at the David Geffen School of Medicine at UCLA. “His work will live on in this model, which can potentially help many who suffer from arrhythmias in congestive heart failure.”

Congestive heart failure, commonly referred to as CHF, occurs when the heart cannot pump enough blood. It is a leading cause of death. Patients also die at an accelerated rate from electrical disturbances called arrhythmias, the subject of the UCLA study.

The model is based on a rabbit’s heart. It can show what happens to the heart cells and tissue when the levels and flow of calcium, potassium and sodium ions, all required for the heart to work, are changed. The model also shows, for the first time, what happens for the organ as a whole when various critical chemicals and electrophysiologic components of a healthy working heart are altered by disease.

The researchers said the invention could help doctors zero in on effective new drug therapies for heart failure because it should make it easier to understand how certain medications work, and when and where in the heart they can be most effective.

The study also revealed that ventricular fibrillation, a condition in which heart beat becomes fragmented and erratic, can be caused by a slowdown in cellular processes at the top of the heart during heart failure. The researchers also used their model to plan a new drug strategy against this heart failure form of fibrillation.

The research was supported by the National Institutes of Health and the American Heart Association.