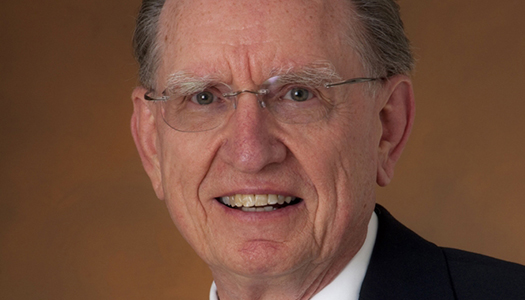 He was honored for “significant contributions to the mechanical engineering profession through research in enhanced heat transfer, gas-side fouling, and process engineering; outstanding teaching and student mentoring; and extensive, exemplary professional service.”

After graduating from Purdue University he spent nearly two years as a quality control engineer with Sarkes Tarzian, Inc., Bloomington, Indiana, a TV tuner manufacturing company. After an MSME degree from Purdue and a PhD degree from the University of South Carolina, he served on the faculty of the South Dakota School of Mines for four years, spent seven years carrying out research at Heat Transfer Research, Inc., and then spent most of his career (26 years plus seven years as an interim employee) at Caltech’s Jet Propulsion Laboratory (JPL). Dr. Marner’s early years at JPL were devoted to energy related research and development. From 1995-2004 he served as Manager of the Measurement, Test, and Engineering Support Section in the Mechanical Systems and Research Division. During this period his highly diverse section had a workforce of up to 200 employees and annual budgets up to $ 34 M. The primary responsibility of the Section was to support the testing of the Laboratory’s projects – including Cassini, Mars Pathfinder, and Mars Exploration Rover (MER) — in the Environmental Test Laboratory (ETL). He also taught part-time at Cal State LA, CSUN, and has been at UCLA since 1991 where he teaches courses in the thermal sciences.

Dr. Marner has published over 60 archival papers and technical reports, has presented over 30 invited lectures, and is a co-inventor of two patents. An ASME Fellow, he has served the Society in numerous capacities including Chair of the Los Angeles Section 1986-87), the Heat Transfer Division (1990-91), and the General Awards Committee (1991-95). Marner also served on the Board of Governors (1998-2001) and as the Society’s Secretary and Treasurer (2008-2012). He is presently a trustee on the Pension Plan Trustees and an Associate Editor of the ASME Journal of Thermal Science and Engineering Applications. His ASME awards include the Edwin F. Church Medal, 75th Anniversary Heat Transfer Division Medal, Dedicated Service Award, and a 50-Year Service Award.