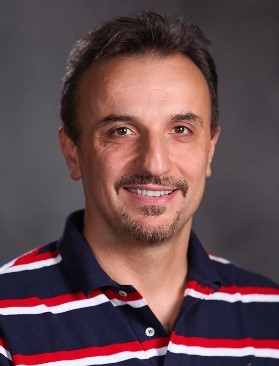 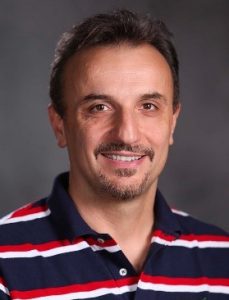 Abstract: Many future aerospace engineering applications will require dramatic increases in our existing autonomous control capabilities. These include robotic sample return missions to planets, comets, and asteroids, formation flying spacecraft applications, applications utilizing swarms of autonomous agents, unmanned aerial, ground, and underwater vehicles, and autonomous commercial robotic applications. A key control challenge for many autonomous systems is to achieve the performance goals safely with minimal resource use in the presence of mission constraints and uncertainties. In principle these problems can be formulated and solved as optimization problems. The challenge is solving them reliably onboard the autonomous system in real time.

Our research has provided new analytical results that enabled the formulation of many autonomous control problems in a convex optimization framework, i.e., convexication of the control problem. The main mathematical theory used in achieving convexication is the duality theory of optimization. Duality theory manifests itself as Pontryagin’s Maximum Principle in infinite dimensional optimization problems and as KKT conditions in infinite dimensional parameter optimization problems. Both theories were instrumental in our developments. Our analytical framework also allowed the computation of the precise bounds of performance for a control system in term of constrained controllability/reachability sets, which enables rigorous V&V of the resulting control algorithms.

This seminar introduces several real-world aerospace applications, where this approach provided dramatic performance improvements over the heritage technologies. An important application is the fuel optimal control for planetary soft landing, whose complete solution has been an open problem since the Apollo Moon landings of 1960s. We developed a novel “lossless convexication” method, which enables the next generation planetary missions, such as Mars robotic sample return and manned missions. We will also present a method called “successive convexication” to handle a general class of trajectory planning problems, such as drone and planetary landing motion rocket planning. Another application is in Markov chain synthesis with “safety” constraints, which enabled the development of new decentralized coordination and control methods for spacecraft swarms.

Biosketch: Behcet Acikmese is a faculty member in the William E. Boeing Department of Aeronautics and Astronautics and an adjunct faculty in Department of Electrical Engineering at University of Washington, Seattle. He received his Ph.D. in Aerospace Engineering from Purdue University. He was a senior technologist at JPL and a lecturer at Caltech. At JPL, he developed control algorithms for planetary landing, spacecraft formation flying, and asteroid and comet sample return missions. He developed the “flyaway” control algorithms in Mars Science Laboratory (MSL) mission, and the RCS algorithms for NASA SMAP mission. Dr. Acikmese invented a novel real-time convex optimization based planetary landing guidance algorithm (G-FOLD) that was flight tested by JPL, which is a first demonstration of a real-time optimization algorithm for rocket guidance. He is a recipient of NSF CAREER Award, several NASA Achievement awards for his contributions to NASA missions and new technology development. He is an Associate Fellow of AIAA, a Senior Member of IEEE, and an associate editor of IEEE Control System Magazine and AIAA JGCD.