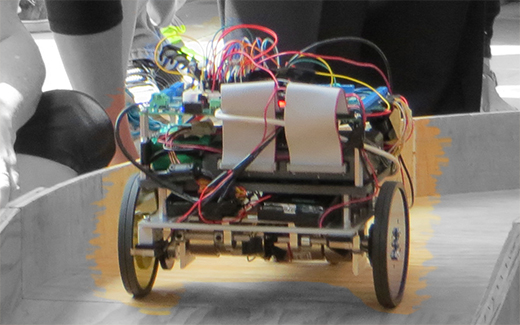 On June 12, the afternoon before many would graduate, roughly 100 mechanical engineering students at the UCLA Henry Samueli School of Engineering and Applied Science – and their robots – took over the patio terrace on Engineering IV.

The students were completing one last task before commencement, participating in the Mechanical and Aerospace Engineering Department’s fifth annual Senior Design Competition. More than 20 teams of five students each designed and built miniature robotic vehicles as part of their two-quarter capstone course.

The goal: Prepare the robots to autonomously navigate the curves and incline of  a specially-built course and deposit as many golf balls as possible into a series of three holes. Each robot had five minutes. The three teams whose robots did the best would earn extra credit.

Parents from as far away as Korea joined students and faculty members for the event, some getting a bird’s-eye view of the action from windows a few floors above the patio. The robots came in a variety of designs – including some with spring-loaded cylinders to send the golf balls to their final destinations and others outfitted with a hammer to propel a golf ball. 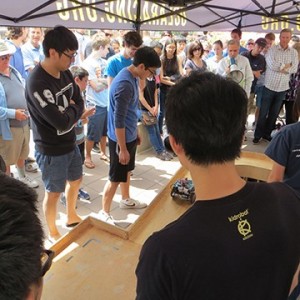 Senior Mitchell Barnes-Wallace was part of a team trying to get the most from a robot christened the Fully Torqued Hammer Bot. He said the greater goals were building a successful robot and earning bragging rights, not polishing his academic resume. “It’s less about extra credit and more about swag points,” he said.

Roughly 200 students, family members and faculty came and went from the tent covering the wooden course as robots went through their paces. Senior Athena Huang, who learned later that her team took first place, said, “It’s just really fun to share with everyone what we’ve been working on.”

Several teams found that the robots performed differently on the big day than they had in the lab, and students worked on the fly to troubleshoot problems with wiring, voltage regulators and other parts. 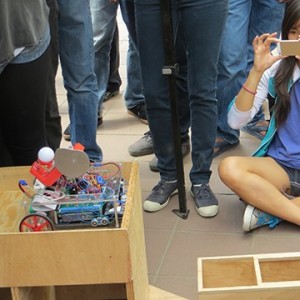 Mechanical issues aside, graduating senior Jennifer Sheriff said the most challenging aspects of the months-long project were “staying on schedule and the persuasive power the leader needs to have.”

Rosella Guttadauro, mother of senior Joey Guttadauro, came to UCLA Engineering to catch the action, and planned to return to campus the next day to watch Joey graduate. She said she was impressed by the sophistication of the robots and their ability to navigate the course. The contest helped her understand how engineers have crafted self-driving vehicles so advanced that they may soon hit the streets.

“As someone who knows nothing about engineering, I am dialed in,” said Guttadauro.  She also said with a laugh that the event confirmed that a UCLA Engineering education was “money well spent on my son.” 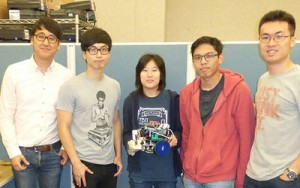 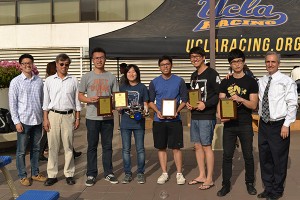 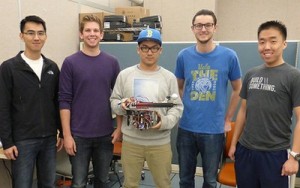 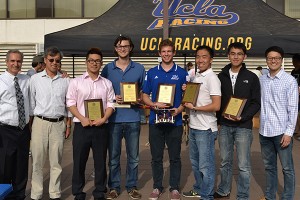 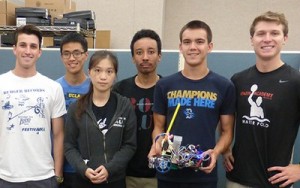 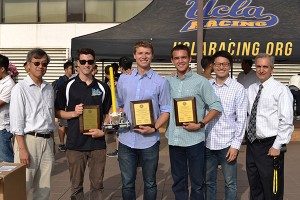