Professor Yongjie Hu and his group at UCLA MAE, for the first time, experimentally realized a new compound single crystal, boron arsenide (BAs) free of defects and observed the highest isotropic thermal conductivity beyond all metals and semiconductors. This study established a new benchmark thermal materials that could potentially revolutionize thermal management technologies in electronics and photonics. This work is reported in the paper “Experimental Observation of High Thermal Conductivity in Boron Arsenide,” published online this week in Science Magazine.

A team of UCLA engineers have developed a thermally ultra-conducting semiconductor material that could dramatically reduce the heating temperature and efficiently remove the waste heat generated by computers and other electronic or photonic devices. It is more effective at drawing heat away from hotspots than any other semiconductor or metal and could potentially revolutionize the current technology paradigms for electronics thermal management. The study was led by Professor Yongjie Hu of mechanical and aerospace engineering, and all other authors are UCLA graduate students of Hu’s research group (H-Lab): Joonsang Kang, Man Li, Huan Wu, and Huuduy Nguyen. 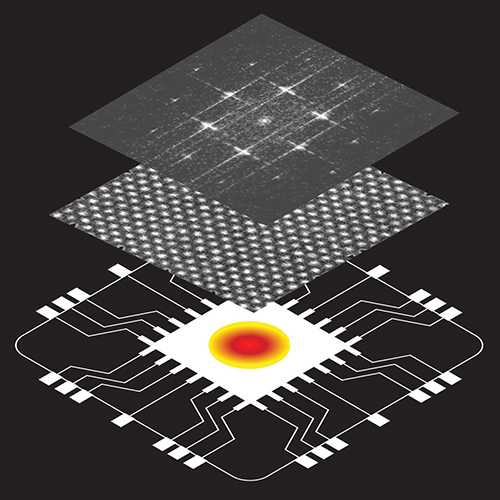 Computers heat up because the electrons that travel through the processors and circuits generate heat as they move around through, for example, their interaction with lattices. Heat degrades computing performance, so keeping computer processors from getting too hot is why smartphones have a heat sink, or why desktops have fans to blow hot air out. Large data centers with thousands of computers require a lot of additional energy for their high-tech cooling systems.

As computer processors have continued to shrink down to sizes where billions of transistors are on single chip, heat has increasingly become a bigger factor in their performance. If those CPUs did not get as hot in the first place, then much less energy would be needed to keep them cool. Managing that heat is one of the biggest roadblocks for new devices like computer processors or LEDs.

With that goal in mind, the UCLA team set out to develop a semiconductor material that is far better at managing heat that current best performing ones.

This UCLA team reported for the first time, the experimental realization of boron arsenide free of defects with the highest thermal conductivity (1300 W/mK) among all common semiconductor materials and metals. Heat that concentrates in hot spots in computer chips is quickly dissipated and flushed away because of its unique structural and thermal properties. The new material is three-times more conducting than silicon carbide and copper, the current best materials in use at heat management industry.

“This is a very challenging work that requires highly multidisciplinary expertise from precise materials synthesis, comprehensive structural characterizations, to accurate thermal transport measurement and theoretical calculations,” says Yongjie Hu, an assistant professor in the Department of Mechanical and Aerospace Engineering at UCLA. “My group has been devoted to this effort for the last several years since I joined the faculty of UCLA and we are very glad that our hard work paid off. The result established a benchmark thermal material platform for many opportunities in both fundamental science and applications.” 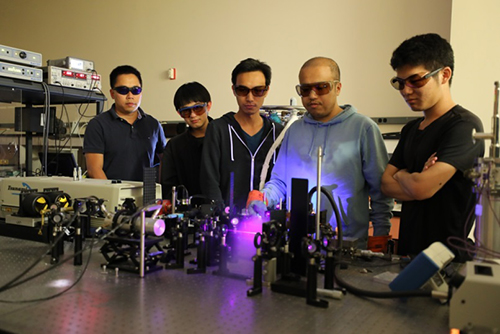 In addition to the big technology impact, this study also reveals important physics of thermal transport mechanisms. Thermal properties in solids can be described by the interactions of phonons, i.e. the quantum mechanical modes of lattice vibrations. For many decades, theorists consider that three-phonon process governs thermal transport, and the effects of four-phonon and higher-order processes were believed to be negligible, which actually is the true case for most common materials. This study makes significant impact to the theory field by showing that high-order anharmonicity through four-phonon process makes important contribution in defect-free BAs single crystals. The conclusion has been supported by their experimental measurement, compared with ab initio calculations from independent research groups and Hu’s group. Furthermore, the study probed the ballistic thermal transport physics and explained the origin of ultrahigh thermal conductivity of BAs due to its long phonon mean free paths.

“This achievement and celebration should go to the whole field,” Hu added, “There are many other leading research groups making progress towards this target. In particular, this success exemplifies the power of combining experiments and ab initio theory in new materials discovery, and I believe this approach will continue to push the scientific frontiers in new materials discovery for many areas including energy, electronics, and photonics applications.”