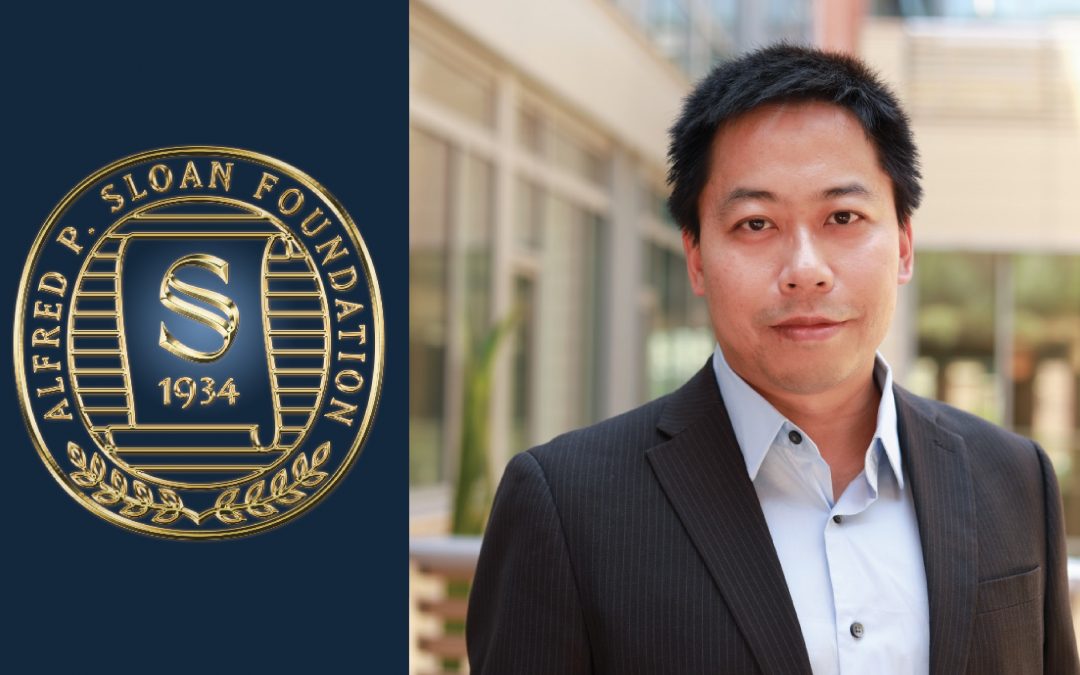 MAE’s Professor Yongjie Hu, is awarded with the prestigious 2019 Sloan Research Fellowship. Hu is an Assistant Professor of Mechanical and Aerospace Engineering, studies nanoscale transport processes and advanced materials for energy science and sensor systems. His group’s recent work, “Experimental Observation of High Thermal Conductivity in Boron Arsenide,” was featured in the Aug. 10 issue of the journal Science in 2018, discovering the world’s most efficient semiconductor material for thermal management. Hu’s research has been recognized with National Science Foundation’s CAREER Award, U.S. Air Force Young Investigator Award, and Doctoral New Investigator Award from the American Chemical Society. Hu joined the UCLA Samueli School of Engineering in the Fall of 2014. Prior to UCLA, Hu was a Battelle postdoctoral fellow at MIT and received his Ph.D. from Harvard University.

The Sloan Research Fellowships are extraordinarily competitive awards involving nominations for most of the very best young scientists from the United States and Canada.  Awarded annually since 1955, the Sloan Research Fellowships are given to early-career scientists and scholars whose achievements and potential identify them as rising stars among the next generation of scientific leaders. This year’s recipients are drawn from 57 colleges and universities.

“Sloan Research Fellows are the best young scientists working today,” says Adam F. Falk, president of the Alfred P. Sloan Foundation. “Sloan Fellows stand out for their creativity, for their hard work, for the importance of the issues they tackle, and the energy and innovation with which they tackle them. To be a Sloan Fellow is to be in the vanguard of twenty-first century science.”

Past Sloan Research Fellows include many towering figures in the history of science, including physicists Richard Feynman and Murray Gell-Mann, and game theorist John Nash.  Since the beginning of the program, 47 Sloan Fellows have earned Nobel Prizes, 17 have won the Fields Medal in mathematics, 69 have received the National Medal of Science, and 18 have won the John Bates Clark Medal in economics, including every winner since 2007.