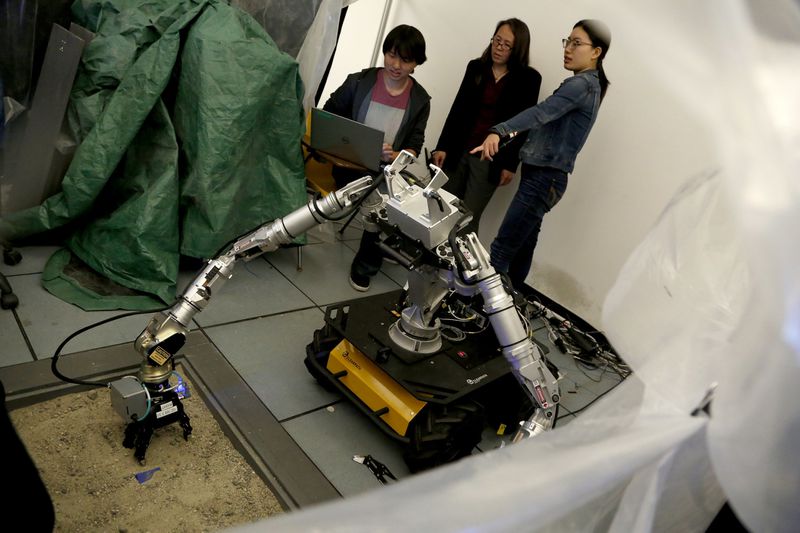 UCLA announced a $100-million gift to expand the engineering school from Henry Samueli, who cofounded semiconductor and software firm Broadcom Inc., and his wife, Susan. It is the school’s largest ever private donation. The gift will allow the engineering school to do what diminished state funding no longer does: significantly grow to meet the demands for training in some of the world’s hottest career fields.

Veronica Santos, an associate professor of mechanical and aerospace engineering, worked with doctoral students Lionel Zhang and Shengxin Jia to program a robot they equipped with touch sensors to better identify objects in a sandbox. The research, funded by the U.S. Office of Naval Research, will help protect the military by using machines instead of people to find explosives. 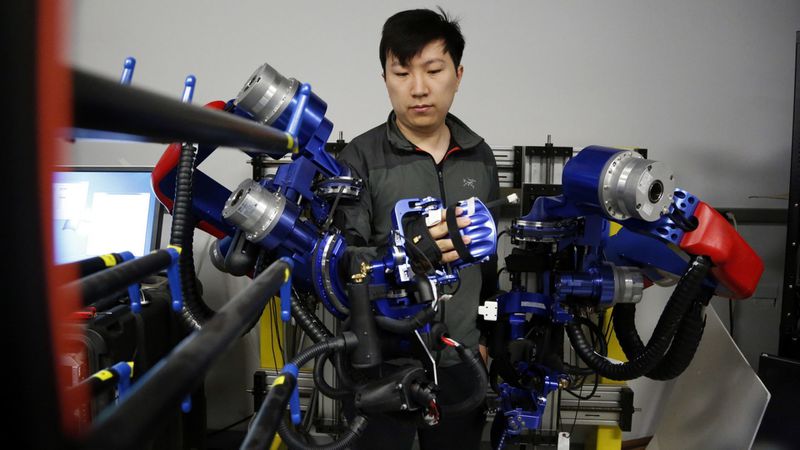 Jacob Rosen, a professor of medical robotics, show[ed] off robots that can stitch up wounds and help rehabilitate stroke victims. 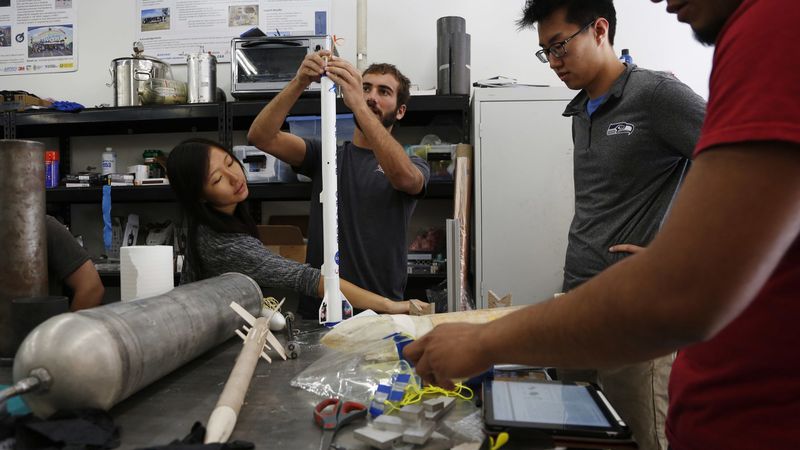 In another room across the way, students worked on various stages of rockets — including one designed to blast an egg into the sky and return it intact.

Anneliese Peterson, a second-year student in aerospace engineering, said she’s been fascinated by how things worked from childhood. She recalls trips to Disneyland at age 6, wondering why the Peter Pan ride couldn’t actually fly.

The brainy student — who scored in the top 1% of standardized test-takers like more than half of UCLA’s engineering students — plans to intern this summer at a Bay Area start-up that makes rockets to launch small satellites. The venture could bring internet access to remote communities across the planet, democratizing education.

“Engineering is the cutting edge,” she said.