Ann Karagozian elected to the National Academy of Engineering 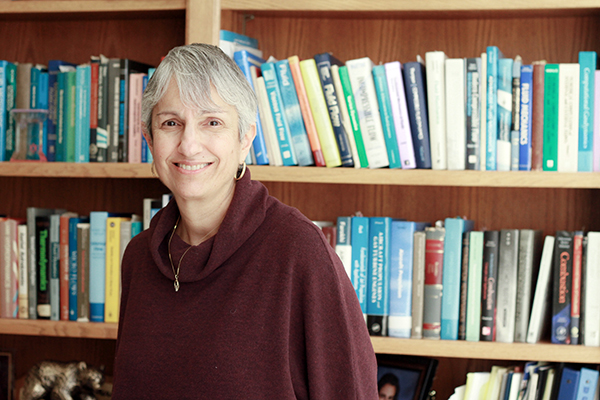 MAE Distinguished Professor Ann Karagozian was elected to the National Academy of Engineering (NAE), which made the announcement on February 7, 2018.

Election to the NAE is among the highest professional distinctions accorded to an engineer.  Academy membership honors those who have made outstanding contributions to “engineering research, practice, or education, including, where appropriate, significant contributions to the engineering literature” and to “the pioneering of new and developing fields of technology, making major advancements in traditional fields of engineering, or developing/implementing innovative approaches to engineering education.”

Individuals in the newly elected class will be formally inducted during a ceremony at the NAE’s annual meeting in Washington, D.C., on Sept. 30, 2018.

The citation is as follows:

For more than a decade, Karagozian has served on the Air Force Scientific Advisory Board, including as vice chair from 2005 to 2009. The board provides the Air Force with independent advice on matters of science and technology relating to its mission

Karagozian has received numerous honors, including the Air Force Decoration for Exceptional Civilian Service (in 2001 and 2010), UCLA MAE Department Award for Outstanding Teaching, and the TRW-UCLA Excellence in Teaching Award. She is a fellow of the American Physical Society, the American Institute of Aeronautics and Astronautics, and the American Society of Mechanical Engineers.

Karagozian has served UCLA in many roles, including as interim vice chancellor for research and chair of the Academic Senate.