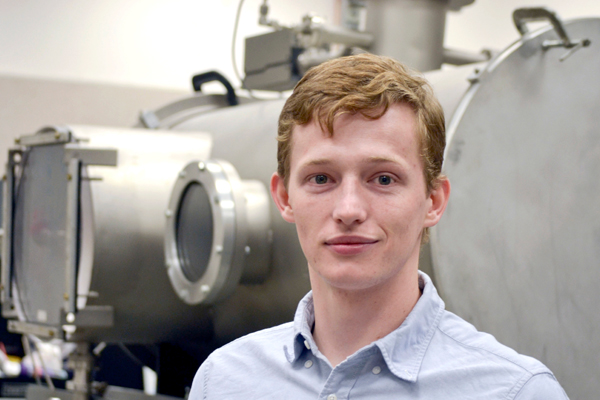 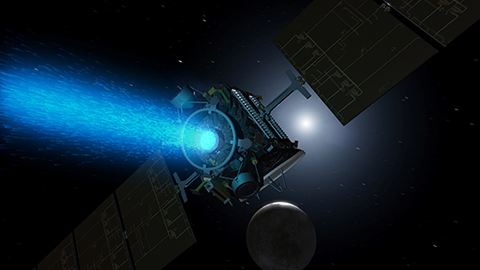 Ion thrusters are use electric power to generate thrust. They operate by first ionizing xenon propellant, and then use electrostatic acceleration to expel these ions at over 40 km/s. As a result, ion thrusters are very “fuel efficient” than conventional chemical propulsion and can perform missions with significantly less propellant and launch mass. 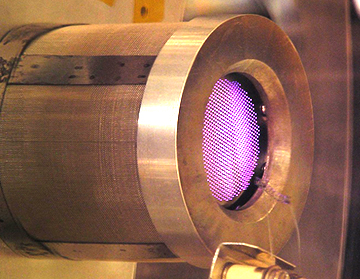 Current full-sized ion thrusters are about 30 cm in diameter and require over 2000 Watts of electric power. The UCLA-led DAWN mission to the asteroid belt to visit protoplanets Vesta and Ceres used three 30 cm ion thrusters. This mission costs approximately $0.5B, so NASA wants to develop miniature ion thrusters that will enable similar missions, but at a much reduced cost. 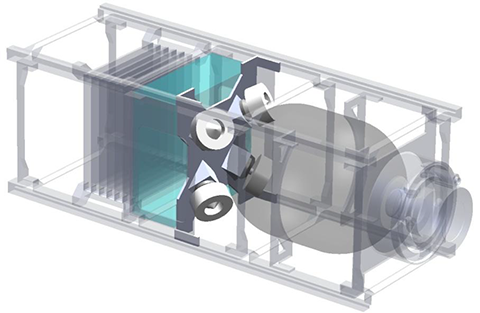 Stephen’s research effort will develop a 3 cm miniature ion thruster that can operate using only 20 Watts of electric power. At such lower power levels, the advantages of ion thrusters can be realized for small spacecraft, even down to the size of a 3U CubeSat (10cm x 10cm x 30cm).  Stephen’s 4-year NASA fellowship will focus on the physics and engineering of efficiently confining the discharge plasma inside the thruster by advancing and employing new approaches to magnetically-confined miniature plasmas and high-efficiency miniature cathodes.